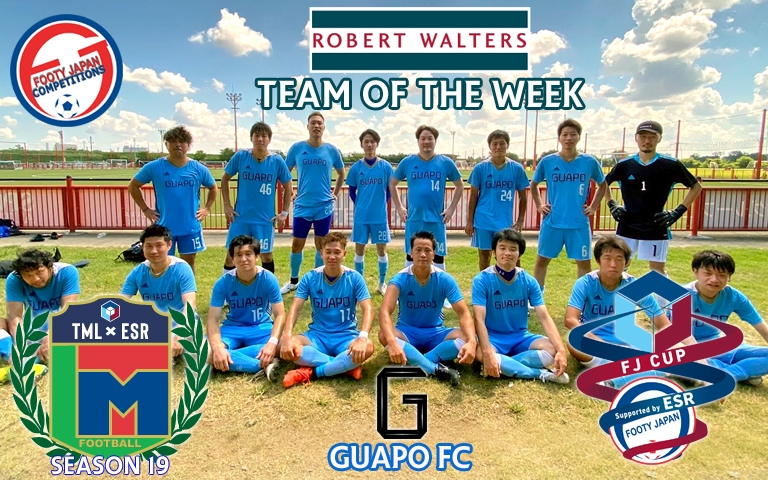 The Robert Walters Team of the Week goes to Guapo FC after their win in the plate game against Shane FC.

Guapo are a new team in the league that have joined this season. Their league run has been tough, currently in the bottom three of Division 3. However their cup/plate preformance has been very solid so far.

They were placed in the plate by losing to Hibs (very close game but ended in a 3-2 loss). Guapo then won against BEFC Lions 3-0. They faced Shane FC last weekend which was expected to be an uphill battle given that their opponent was a division above them.

However Guapo played very well and held their own by ending the first half with ab even score of 1-1.

In the second half Guapo came out guns blazing, scoring a few early goals allowing them to win comfortably. A well deserved win that places Guapo into the Semi finals!

Congratulations to Guapo FC for winning the Robert Walters Team of the Week!