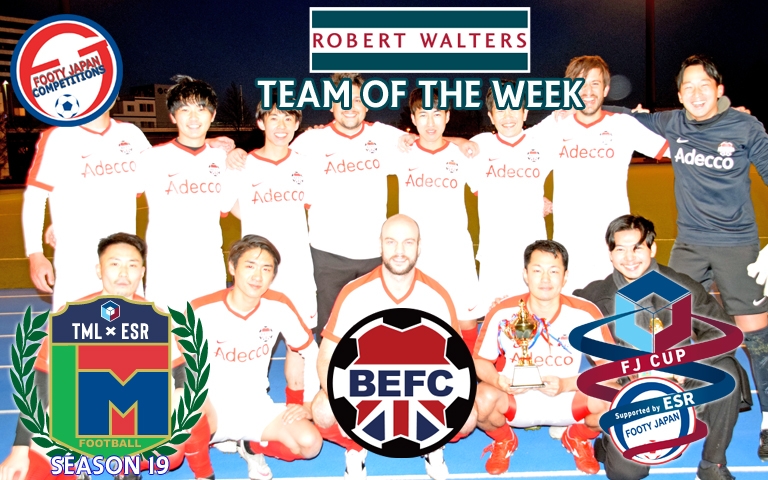 British Embassy have had very polarizing results this season so far. At their highs, they've beat the top two teams of last season Hibs and Pumas. At their lows, they've lost against bottom-tier Panthers. But regardless of their result, this team will put in the work, put in the practices and continue to chug on. In a league where many teams lose commitment based on results, clubs like British Embassy show how a team is suppose to operate.

Their preformance against Pumas was a very solid one, clinching out a 1-0 victory in a hard fought battle earning them the Robert Walters team of the Week! A collosal loss for Pumas and a monumental win for BEFC!

Highlights of the BEFC vs Pumas game:
https://youtu.be/CB48KsNcpCI

Footy Japan 7's are back! Only one spot left for the New Year 7's!
http://footyjapancompetitions.com/event/NY7s2022