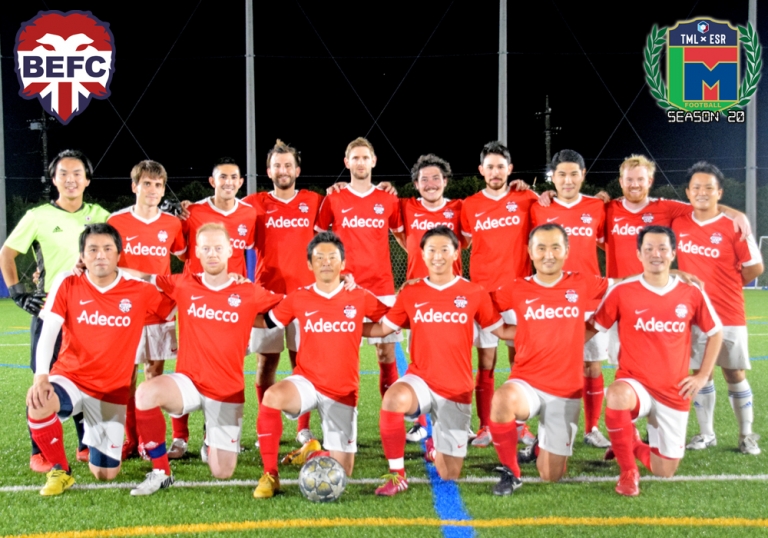 In 2014 BEFC starting expanding rapidly and became increasingly competitive in philosophy. This led to fewer chances for members to play in the current TML BEFC team but didn't stop the increase in players and their desire to play. After creating additional friendlies and entering two teams in FCJ's soccer sevens tournaments BEFC made the push to form a brand new team from an already solid pool of players joining TML15 in Division 3.

BEFC Lions are the siblings of Division 1's BEFC but we are essentially the same club.
BEFC Lions is the adventure of forming a new team and going for glory!

In existence since the 70s but formally re-established in 1994, BEFC itself is a football club with 2 TML teams, the only international Ladies team in Tokyo and a separate Futsal team. While the club's history is based around the British Embassy it is not exclusively for Embassy staff and certainly not limited to Brits. We currently have a membership including more than 25+ nationalities. BEFC offers the opportunity to compete at whatever level suits your inclination or ability.

As well as regular 11s, BEFC has an all-weather 5-a-side (futsal) court in the Embassy grounds in central Tokyo with practice sessions there every Wednesday. We also practice park style football with two official 9-aside sized goals on Sunday afternoons by Futako Tamagawa.

BEFC is about good relationships through sports and being the best you can be - as a person or a player.
Feel free to contact us if you're looking to become part of an active club and not just a team.