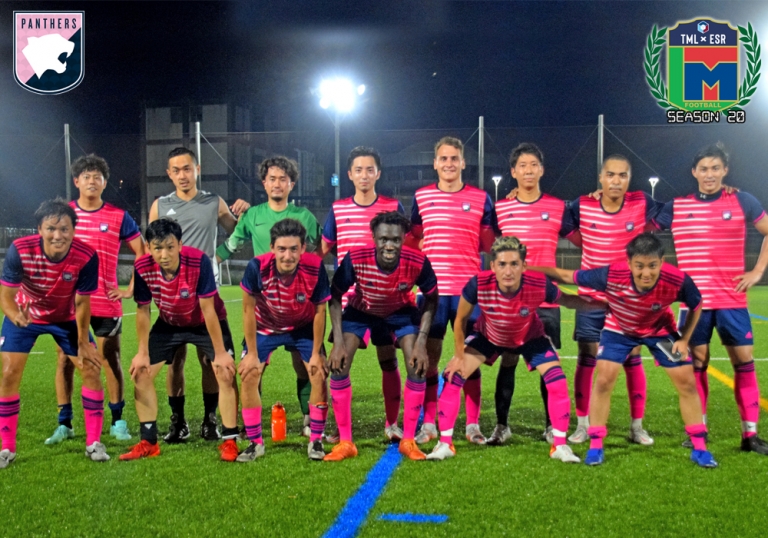 Founded in 2007 Panthers began as a casual team, mainly formed of ex-pats living in Tokyo looking to play a friendly game of football on the weekends. After finishing their inaugural year 2nd from bottom of division 3 they got a new captain and began recruiting quality players with aspirations to reach the top of the TML! After two back to back promotions from Div 3 and Div 2, they pulled off a historic Div 1 championship in the 2011 / 2012 season, coming from behind to win a dramatic title decider on the final game. They would be the only team in TML history to make the journey from bottom of Div 3 to win Div 1, in just 4 seasons!

They have since continued to challenge the top teams in Div 1 since and are well regarded. The squad has a unique mix of Japanese and foreign players and the spine of the team has been together for a number of years now and developed many strong relationships. As well as playing to win the team enjoys building a truly international experience in building a community around those who love to play the beautiful game.

We are always recruiting quality new players, feel free to email us on - gkwes88@gmail.com for try outs.

Robert Walters Team of The Week 2